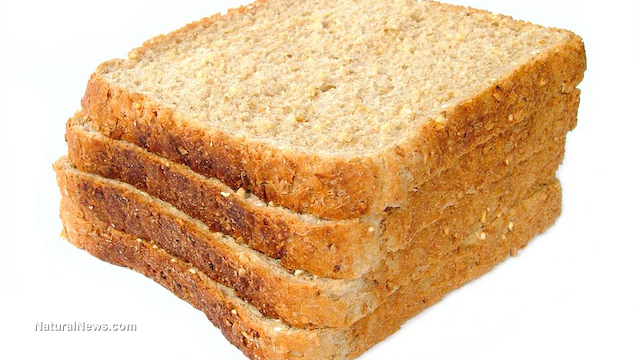 (NaturalNews) A United Kingdom-based charity and organic certification body has called on all major UK bread makers and supermarkets to stop using and selling products that have been treated with glyphosate, the main chemical in the widely-utilized Roundup herbicide by Monsanto.

In a letter, the Soil Association noted that the country’s wheat harvest is approaching, and requested that bread companies and farmers refrain from applying glyphosate as a pre-harvest desiccant in the wheat supply chain, the site Farming UK reported.

Dessication refers to the process of applying a herbicide to a crop shortly before it is harvested, ostensibly to even out ripening so that harvesting can be done sooner (as in northern climates); to improve weed control for a future crop; or when farmers want to ripen a crop more quickly so that they can replant another sooner.

The problem with glyphosate, the Soil Association and others have noted, is that the World Health Organization has confirmed that studies indicate it is a probable carcinogen.

And while the European Union has recently allowed the use of glyphosate pre-harvest in an unrestricted manner, individual EU member states have the authority to decide whether or not they want to permit its use.

The director of policy at the Soil Association, Peter Melchett, said in his letter, that he was “disappointed” over the EU’s glyphosate extension, and appealed directly to UK bread makers to avoid it.

“The Soil Association is disappointed that glyphosate’s license has been extended until December 2017, although the fact that the 18 month extension is far shorter than the 15 years originally proposed has come as a huge blow to the pesticide industry,” Melchett said.

“As you may know, it is for Member States to apply further restrictions on the use of glyphosate, but the Commission made clear (that it supports three important curbs on glyphosate use that were recommended by the European Parliament,” he continued. “In light of mounting evidence that has found glyphosate is not the benign chemical that you were led to believe, the Soil Association believes all these conditions must be implemented as soon as possible.”

Melchett called for any manufactures of flour in the UK to insist that glyphosate not be used on wheat, the primary ingredient in flour, in order to keep the chemical out of the human food chain. He further noted that glyphosate use was controversial, and for that reason should be discontinued. His letter also called on the bread industry to shun the chemical now, before the scheduled harvest of wheat in a couple of weeks.

‘Not in our bread’

The WHO study, released in the spring of 2015, and published in the highly respected British medical journal The Lancet, confirmed that the chemical glyphosate is “probably carcinogenic to humans,” and as such it was given the second-highest classification for cancer-causing substances, just below “known carcinogen.”

The study also found that glyphosate was routinely detected in the blood and urine of agricultural workers who had been exposed to it.

The problem even with some organic foods is that genetically modified crop species can often infiltrate fields where no chemical herbicides and pesticides are used. Many have chosen to to purchase their own personal grow systems to avoid any hint of contamination by GM foods.

For bread in the UK, however, the Soil Association hopes that its plea will lead to action on behalf of bread makers and wheat growers. Some have accused the group of “scare-mongering” over glyphosate, but its “Not In Our Bread” campaign shows that glyphosate use has skyrocketed in the country.

During the COVID-19 pandemic, Chemiteczymes ’ commitment to our employees, our customers, and the communities where we operate is stronger than ever....
twitter

What are enzymes? Enzymes are proteins that act as catalysts. When one substance needs to be transformed into another, nature uses enzymes...
twitter

SAN DIEGO — With consumers consistently concerned about health when it comes to their food, whole wheat and whole grain continue to...
twitter

"Yeast, baking soda, and baking powder are all leavening agents used in baking. Yeast reacts with sugar, causing it to ferment. The...
twitter